What do I think about the downward decent of Visalus?
I told you it would happen TWO YEARS ago, but you didn’t
listen, PEOPLE  NEVER LISTEN!  We make emotional
decisions and the argue when presented with facts.

The rapid decent of Visalus seems to have the entire industry buzzing right now.

Everyone is asking me what I think about Visalus. My answer: It was predictable! Companies and individuals cannot violate the “Wisdom of the Ages Success Principals” for short term growth without expecting long term decline and ultimate failure.

When I first wrote the article below about two years ago, people told me I didn’t know what I was talking about and called me every name in the book, as they always have over the years when I have spoken out on dozens of other companies, newbies were getting sucked into.

They tell me, I shouldn’t tear down other companies to try to build my own, and I agree with that except for the fact that I retired from building teams in 2000. People tell me I should be an Ambassador for the industry. I think I am, but my main concern is not the industry it is the people in the industry, and there is no one who supports those who DO IT RIGHT, more than I do!

People tell me, if you don’t have something good to say, keep your mouth shut. In principal I agree with that philosophy. But I also believe it is my obligation, to try to steer newbies and anyone who will listen in the right direction. There are reasons network marketing companies succeed, and there are reasons network marketing companies fail, and you can not violate those laws.

I am so thankful that I had the opportunity to learn and internalize those principals early in my career. I feel sorry, for people that join the industry and are never given that opportunity because they are consumed with Free Cars, Big Checks, and lead by “leaders” that are more interested in developing a following than they are new leaders!

I am sorry to see what has happen to Visalus for one reason. Tens of thousands of people were attracted to the Industry because of the company. They joined the party, but never were properly taught the business. When the party ends they are financially strapped, burdened with cars they can’t afford and the WORST PART … THEY WILL LEAVE THE INDUSTRY NEVER TO RETURN! When these type of situations play out, I want to be able to look in the mirror and know I did what I knew to do, to try to keep this from happening. I wish more people in the industry would speak out for the right reasons, don’t you?

However I also understand, most will never listen to reason and experience, they are moved by emotion and would rather get pissed off than take a step back and re-consider a company that is being built on sand. I have people that hold a grudge towards me for things I said twenty years ago. The facts don’t count, they are still upset because if I had written the article about “Gold Unlimited will not last” or whatever their Uncle Harry would have joined them. After 30+ years in the industry I could share with you story after story from people who are still mad at me because the company they were with went out of business and I told them it was not going to make it before they started! Go figure …………

However from time to time I get an email like this one, and that is why I do what I do, write what I write, and say what I say.

Three months after I joined Visalus I found your article “Thoughts on Visalus Health Sciences”. I was making money, but never felt comfortable with the party culture you referred to in the article. There was constant hype but no real substance. I decided to make a move and find a company with the criteria you talked about in the 3-Legged Stool Video you did.

It took awhile, but I found a company I love, with good people and leaders who do what they are teaching me to do. I was recently able to leave my job because of our awesome opportunity and I thank you for that. Your mlm training club CD’s have given me the path to run on and I am so excited about my future.

I just wanted to say thanks for not be afraid to speak the truth.

Can’t wait to meet you someday.

I really am just trying to help, and the opinions I share are always based upon Wisdom of the Ages Success Principals. So if you want to argue, do it with Napoleon Hill, not me. If you want to have a logical debate, I am always up for that. 🙂

Below is my original article, if you have questions or comments, you can post them below, and I will respond, it may take me awhile, but I will respond.

For the past couple of months I have been bombarded
with people that want my opinion on Visalus.
Corporately they are doing a lot of things right.

They are maximizing technology and using applications
like smart phone apps to there full potential. Visalus
focus seems to be on having fun and keeping it simple
which always works in the short term. They have attracted
many newbies to the industry which is awesome because
all the industry has really been doing over the past 15 years
is recruiting each other.

I have said for years that the weight loss industry is
a powerful market. Any product line that helps people
look good. (www.VanityWealth.Biz) 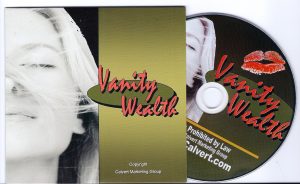 They have taken front end money that is usually paid to
starting distributors and loaded it on the back end with huge
1 time bonus checks for a few leaders. From a marketing
standpoint this is genius and it gives leaders something
significant to talk about.

The two promotions that have really propelled the company will
also be what will ultimately bring them down to earth unless
they start a massive international expansion program. How far
down? Only time will tell.

It is amazing how many companies have tried to copy
Visalus success and the get 3 and yours is free concept. It reminds
me of a few years ago when everyone was trying to introduce
the latest, greatest, nutritional juice!

It ain’t the Juice

The real question is does this weight loss system work for the
majority of people who try it? That question should be asked
and answered truthfully. I didn’t say will this weight loss system
work for those that drink the shake and decide if they get off the
couch and exercise and quit eating so much junk food they may
be able to make a few bucks. That program will work if you replace
a shake with a diet coke. 🙂

Here is the real issue.

From a marketing standpoint this is awesome and will duplicate quickly.
It reminds me of the HerbaLife days of use the product, wear the button
and tell your story.

The reality, is the majority of people will NOT.
• Use the product consistently and correctly
• They will never Get 3

This is fine until the excitement wears off and their credit card is
dinged month after month.

Right now Visalus is able to add more new customers than old ones
falling off, so life is good.

However eventually you will see people dumping their excess product
on websites like Ebay and deeply discount shake packs (do have an
expiration date) will be showing up at flea markets and garage sales
across America. 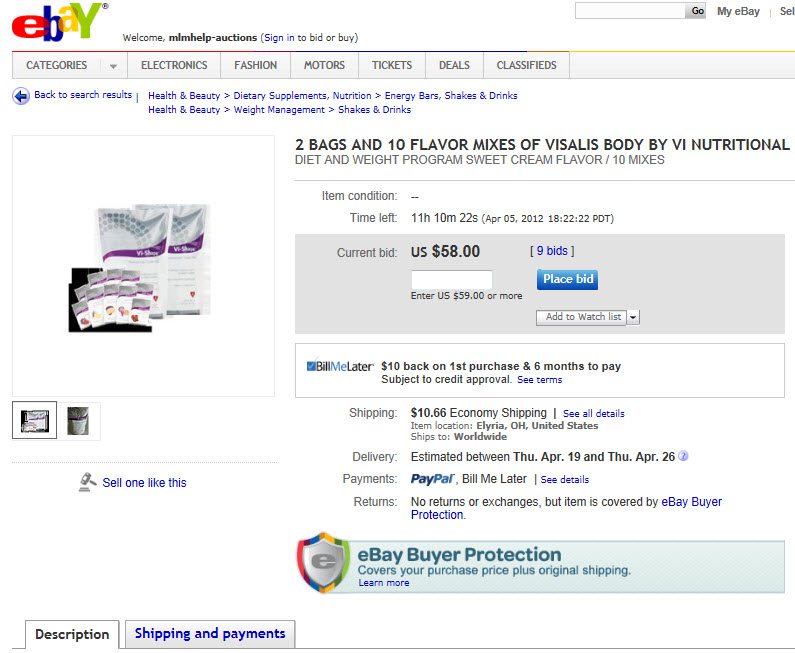 What is going to happen shortly after this predictable scenario?

This will effect the lease payments of thousands of Visalus distributors who have already over extended and personally loaded up with products to get a the BMW in their driveway in the first place. Quite frankly this is what scares me the most about this program. I have seen this exact scenario play out with other companies. People who join to help their families financially, end up worse off than when they start. This will ultimately lead to leaders who will jump and look for the next latest and greatest deal.

Rapid International expansion is the one thing Visalus should be focusing on, if this occurs and they make a few other adjustments, they could develop into a long term company. Right now, it is just a party that has convinced people that getting free product, (not making money) makes you successful. Quite frankly I don’t think the leadership is willing or able to give the field the Success Principal truths that they really want and need to hear. It is much easier to sing, dance, and do cheers that it is to tell people to change your life, you first have to change the way you think! You can only keep the masses ignorant and dependent for so long, various world governments have proved this many times over our history. Visalus is making the same mistake Empower Network and many companies before them have made. They are trying to turn a business into a “BIG PARTY” and this never works long term. If you don’t teach people the long term PRINCIPALS OF SUCCESS, eventually the party ends. As Jim Rohn said “Anybody can get EXCITED ABOUT LIFTING 300 POUNDS …. UNTIL… THEY GET TO THE WEIGHT ROOM. Eventually free product will not be enough for the party goers and they will start searching for a fairer compensation plan or burnout and return to their couch.

With all that said, I think in many ways Visalis has been a breath of fresh air to the industry. I have several friends there and I told them exactly what I am sharing here. Of course they all are defensive and start making excuses, but in the near future they will watch the bleek scenario play out, then what? It just saddens me that the industry has become a group of vultures that are constantly looking for the next greatest latest quick money deal, instead of a home.

CLICK TO VIEW
2 MLM SECRETS NO ONE TALKS ABOUT