Former top distributors for The Happy Co. were sent threatening letters after they left to join another company.  Distributors were warned that they aren’t allowed to join or recruit in any other network marketing company for 1 year after their resignation.

This policy was added to Policies and Procedures long after many of these leaders had joined and it was assumed a person agreed to these terms if they continued accepting checks.  In other words, distributors were quietly force to choose between keeping the business they had worked hard to build or agreeing to rules that were extremely biased.  Some have speculated this policy was added specifically to stop distributors from joining Amplifei which was founded by Robert Oblon after he was removed from The Happy Co’s board of directors when they were known as Elevacity.

The original MLM Watchdog formed the Distributor Rights Association specifically because of these predatory and unfair policies.  Rod Cook always maintained that distributors were independent and could leave a company at any time they chose without being subjected to the Policies and Procedures of the company they resigned from.

One of the board members for the D.R.A. was none other than Garrett Mcgrath.  After Rod was no longer able to operate the D.R.A., the name was changed to the Association of Network Marketing Professionals and it is believed Garrett continues to serve as President of the ANMP.

In addition to Garrett’s role with the ANMP, he’s also serving as President of The Happy Co.  If you were expecting Garrett to honor Rod’s legacy and support the rights of individual distributors in his current role as President of The Happy Co, you’re in for a rude awakening.  Now that Garrett has transitioned from being a distributor to working on the corporate side, he’s abandoned his support for distributors in exchange for a nice office and a consistent paycheck.

Running an organization can be quite challenging.  But running two organizations with competing interests has proven to be impossible for Garrett McGrath.  Since Garrett is no longer willing to fight for distributor rights, The Successor is calling for his immediate resignation from the ANMP so that a suitable replacement can be named.

Stay tuned for disturbing allegations regarding Robert Oblon and Amplifei.  Things are getting ugly! 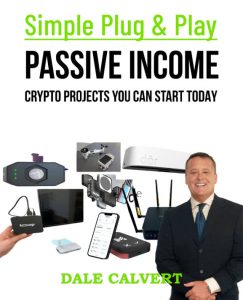 Robert Oblon was removed from his position at Elevacity (now Happy Co) in early 2020 after being accused of “gross financial misconduct”.  It didn’t take long before similar accusations were being made in his new company – Amplifei.  Based on the number of complaints filed with regulators and angry distributors posting on social media, it doesn’t look like Amplifei is going to be around for much longer.

The signs of the company being in trouble started in the latter half of 2021 when Oblon changed the compensation plan in order to made it much harder for distributors to qualify for bonuses.  Leaders that had built large organizations suddenly saw their incomes cut by 50% and more.  When Robert was confronted about the changes and the fact that anyone joining after the first part of the month couldn’t qualify for the most important bonuses, he allegedly told distributors that if they were worried about money, they weren’t at the right company.

According to our sources – the real reason for the change to the compensation plan was because Robert had mismanaged corporate money.  Robert is alleged to have spent in excess of $1 Million creating a new affiliate model that would compete with distributors.  He’s also alleged to have spent large amounts hiring consultants such as Troy Dooly to salvage his reputation in the industry.

In December 2021, Troy Dooly and Robert Oblon appeared in a video on YouTube.  Instead of asking some hard-hitting questions about major issues that were being raised by distributors, Troy threw a bunch of softballs.  Even when Robert mentioned the challenges both he and the company faced earlier in the year, Troy never asked him to elaborate on those issues and didn’t demand answers.

A Facebook group called “The Bait of Bobby” is filled with numerous complaints from distributors.  One common complaint stems from the sale of a so-called “Founders Pack” that was sold for $1,000.  Those who bought the pack were promised a share of a specific “Founders Pool”.  When distributors weren’t paid anything from this pool, Robert changed his tune and told everyone that they wouldn’t receive a share of this pool until the company was profitable.  This sounds a lot like an investment and not a bonus.

More complaints arose as a result of the 1099’s people received from Amplifei showing a much larger number in payments than people actually received.  This raises more questions about the accounting and why there was a significant discrepancy.  Were distributors owed more money and then not paid?  Since Amplifei doesn’t have a corporate office and all customer service employees work from home, how is it possible for the company to not be profitable?  Typically, the product costs are far less than 20% of the sale price.  Even if the company was paying out 50% of their total sales plus 20% to cover the cost of the product, that leaves a 30% profit margin to cover overhead.  And we’re being VERY generous with these percentages.

Most companies pay out less than 38% of sales when you include breakage and less than 15% of the retail price for products.  That means if a company does $1 Million in sales, they’ll have over $450,000 to cover the costs of office space, customer service, back office and marketing tools for distributors.  It’s our understanding the company was doing well over $1 Million per month in sales.  Unless there was gross mismanagement of money, the company should have been extremely profitable and been able to pay distributors their share of the founders pool.

If the financial issues weren’t enough – on October 7th, 2021, Amplifei was served with a warning letter from Truth In Advertising (TINA) regarding some illegal health and income claims it found on their website as well as posts on social media.  Although the claims weren’t as egregious as some we’ve seen, it’s hard to understand why Oblon would suggest that his product cured him of COVID knowing that the FDA had already come down hard  on other companies who made similar claims.  Troy Dooly has a reputation for coming down on companies making inappropriate claims.  How on earth did this slip by him in his role as consultant?

Based on information we’ve received, Amplifei has been reported to several state Attorney General offices.  When TINA sends companies a warning letter, they typically file complaints with the FTC and/or FDA for further investigation.  There will also likely be complaints filed with the IRS regarding false 1099’s that were provided to distributors.

Frankly – we have more questions about Robert Oblon and Amplifei than we’re likely to get answers to. It’s a safe bet state and federal investigators will be able to get to the bottom of things.  In the meantime, we’d recommend avoiding Amplifei until these issues can be sorted out.

If you have additional information about Amplifei or another company you’d like us to address – please leave a comment below.