This is a direct quote from their website at:  https://marketbolt.com/nutricellix

By utilizing the most recent breakthroughs in DNA research, we have developed a
first-to-market weight management system designed just for you.

This statement at it’s best is half true.  Nutricellex is obviously attempting to jump on the personalized
DNA vitamin health trend buzz.

However on close examination you see that the weight loss products they are starting
their customers on have really have very little to do with personalized DNA
nutrition. 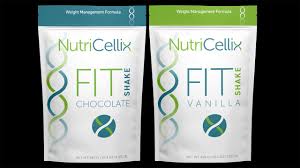 NutriCellix FIT is a meal replacement shake, in the long, never ending list of shakes that have been
available to weight loss consumers for decades.  It is available in chocolate and vanilla.

Every consumer gets the same shakes with the same ingredients and they have
nothing to do with your personal DNA. 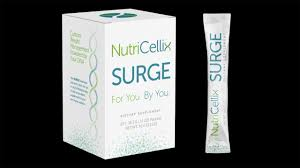 Surge formula is a pixie stick package of powder that you can easily mix in your preferred drink
for energy.  It is a basic pixie stick vitamin pack that can be bought at any drug store of health
food store.  Again, all consumers get the same product  and it has nothing to do
with the customers personal DNA.

One supper  ingredient in this formula is , AC-11.  AC-11 is one of the hottest, trending products
In the nutritional supplement market.  This ingredient has shown to assist your body in repairing
its cells and DNA as well as reducing inflammations.

AC-11 can assist in building collagen and boosting the immune system as well. 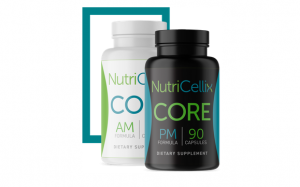 A cleanse product that is always a good idea to include in any weight loss diet but similar products
can be purchased everywhere and these product have nothing to do with a customers personal DNA.

Let’s stop for a minute and take a look at what is really
going on here.

At this point a  customer has been sold pixie stick vitamins,
shakes, an AM PM Cleanse products,  all of which provide
high profits to the company and little or no unique value
to consumers.  Whose idea was this?

As we have said, similar products can be found everywhere.
This is what is even more important.  NOT ONE OF THESE
PRODUCTS IS BASED UPON AN INDIVIDUALS OWN
PERSONAL DNA.

Yet that is the assumption that many customers will
have when listening to the companies pitch, or reading
through their website. 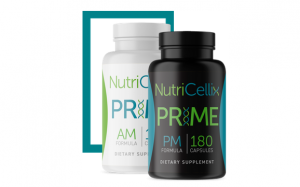 Finally, after all the smoke and mirrors, a product of substance,
or so it appears.  Multi-vitamin formulas that are based upon an
individuals DNA. The sad part is in all probability after pixie
sticks, shakes, and cleanse, many will never get to what the company
is promoting as the  ………….
” maintence products for individuals after they have lost the weight”

I sincerely hope that the people who put this compensation plan had good
intentions, and I feel they probably did.  However, describing it as
catering to mediocrity would be a major understatement.

I was having a conversation with a leader in another company a couple
of days ago, he was asking me if  the Nutricellix compensation plan was a
unilvel, binary, hybrid, what is it?

I said it is a we are going to make darn sure that if you where with
us in Nerium, and you are on autoship with Nutricellix, you are going
to receive a $10.00 check comp plan.

It is a top heavy, please stay on autoship comp plan. It is so convoluted that
it sincerely is not worth the time to try to decipher it here for you.  If you
really want to know, you can find videos on their website or youtube.

Nutricellix is it a Scam?, What is really going on here?

Good People Trying to Keep their Nerium Team Together

Roni and Robert Short are the founders of Nutricellix, Bo has been around a
long time, I don’t think I have ever personally met him, but people tell me Roni
and Bo are good hearted people who just want to keep their Nerium team together.
They were top distributors with Nerium. 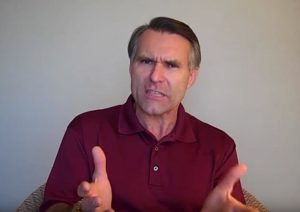 Robert “Bo” Short is a veteran in the direct selling industry veteran and big
earner who has been around as long as I have.  People love him and  he
has an excellent reputation in the industry.

Bo  was a key leader in Neora, previously referred to as Nerium that was
sued and is in the process of being shut down by the Federal Trade Commission
(FTC). Neora has also filed a counter-claiming lawsuit that the FTC is changing
the rules for direct sales companies.

(Good for Jeff Olson and Nerium, the entire profession should be standing
behind this bold move! It is disturbing to me and others when companies that
have been around for a long time providing quality products and services come
under attack by government agencies)

The FTC filed a lawsuit in 2019, claiming that Neora was operating as an
illegal pyramid scheme.  According to the lawsuit, Neora also allegedly made
a couple of false claims that stated that the supplements offered by the company
in the wellness section of products could prevent chronic traumatic
encephalopathy, a certain brain disease usually caused by repeated concussions.

Again, the company allegedly stated in their site that one of their wellness
supplements could cure and prevent Parkinson’s disease and Alzheimer’s illness,
which is debatable if it ever happened.

I can guarantee you Jeff Olson would not allow these type of claims on
the corporate website. 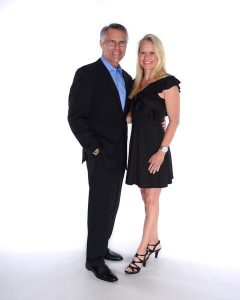 I really don’t know much about Roni. Roni Short
is the wife of Robert Short, and they married about
three years ago.  She is a children’s book author
and former teacher and soccer coach. Roni has also
worked building MLM teams.

If you have been around this profession anytime at all
you understand that there are some leaders that sincerely
have the best interest of the team at heart.

Yes there are many that simply follow the bridge
money deals, but others who want to take care of their teams.   Sometimes
ownership is going to make terrible decisions or companies come under scrutiny.
Many times there is nothing the company could have done to avoid bad publicity
or over zealous regulators.

By all indication Bo and Roni are just trying to take care of their Neora team.
Maybe starting their own company   was not the best move in today’s
anti-mlm climate?

As previously mentioned, Neora formerly known as Nerium, who is
now being investigated by the FTC suing them alleging that they operate
as an illegal pyramid scheme. Neora filed a counter suit against the
Federal Trade Commission stating that they are attempting to change
the laws for the Direct Sales Industry. Which for the record I agree with!

Many of you will probably remember Paul Orberson and a company
called Fortunte Hi Tech Marketing.  They were started out of my home
state of Kentucky.

They also ended up being shut down by the FTC.  There is so much
behind this story than the general public will ever know.  It had more to
do with the snobby horse racing community than it did with
Paul, or Fortune Hi Tech Marketing.

Paul was one of the good guys in this profession, I mean the Real
Good Guys.  When you see old horse money pull politicians strings
because they got outbid at a charity auction, it turns my stomach.
That is a story for another time.

Anyway, leaders were starting to leave Neora and join other companies,
very few have the guts or belief in their company to stick it out when the
government is at your door step.  When you see the writing on the wall
do you fight a battle that you can’t win?

I have always believed, when the horse is dead, get off of it!

Is there a future for Nutricellix?

In many ways it pains me to say this, but honestly I don’t think
Nuticellix, as they have rolled this program have a snowballs chance
in hades.  Not as it exists at this moment.

There is not a trend I believe in more than
personalized, customized DNA based nutrition,
but that is not what this is.  Trying to tap into the DNA Vitamin
trend and combing it with the huge weight loss market was probably
over thinking it.

This Nutricellix review is being written on 1/15/02.  Over a month ago
there were videos being published on YouTube and webinars being conducted
to let people know they were launching on January 1st.

If a company doesn’t have a solid launch the odds of them picking up
steam in today’s marketing world is slim to none.

Honestly I was shocked when I did some basic research this morning
and discovered that their corporate websites mynutricellix,com or
nutricellix.com is not getting enough visitors to even register on Alexa.com.

Even more shocking is their corporate YouTube channel has less than
300 subscribers.

I think this is simply a case of good people making the wrong move.

I have potential consulting clients contact me every month who are
thinking about starting a network marketing company.  Under current
market conditions, unless they have something really really special I
advise against it.  Obviously it is better for me, and my coaching , consulting
and speaking business if they do launch a network marketing business.

However 4 out of 5 times I encourage them to build their brand on
Amazon and Shopify and forget network marketing.

It is a difficult, complicated situation when you have people you want
to take care of.  From the outside looking in that appears to be the case
here.  I wish I could have had the opportunity to speak with the Short’s
before they made this decision.

I would have encouraged them to not start a company, but join one
and I could have recommended the right
DNA BASED NUTRITION COMPANY.

I have been in their shoes.  I made the same decision they made.
It was the wrong one, and I knew it at the time I made it, but having
others depending on you can can effect your thought process.  All
any of us can do is live,learn, and move forward.

I don’t need hate emails from NutriCellix distributors.  Honestly
I hope you make me eat my words. However I have very little doubt
that in the future this company will be in the “Out of Business” section
of this website.

They got the trend right, but the market conditions are the worst
they have ever been to try to get a network marketing business
launched.