I have had a few entrepreneurial friends ask me what I know about THE INCOME STORE.   I have heard the founder, Ken Courtright on a couple of podcast and have been impressed, the more I have listened, but honestly something just doesn’t feel right.

As a matter of fact after I heard him the first time, I told my wife I just heard a dude on a podcast, I think it was Freedom Fast Lane that is either operating an elaborate ponzi scheme or is offering one of the best investments I have ever heard about.

THIS IS NOT A NETWORK MARKETING COMPANY REVIEW

The income store has nothing to do with mlm, network marketing, affiliates, etc. Honestly if it did, that I would 100% be sure it was a scam.

The pitch is basically this. * You invest money with the income store. * They purchase an Incoming Producing Website *There team of website gurus, go to work on the website to increase its Revenue *You receive a guaranteed return of 15% and anything over the 15% return is split between you and the Income Store.  If it happens to fall below 15% then they will buy you another website.

Many of you are probably thinking what I was … OBVIOUS SCAM But if it’s not, who do you know that wouldn’t like to have a hands off investment that has a guaranteed 15% return, right?  I immediately thought  of my dad and  others who have money socked away in CD’s that lose ground annually. Here is the only reason I am even writing about this other than the fact I have had conversations with several friends.

So for those reasons, I am going to continue to investigate the Income Store, but I would be  very cautious if you are thinking have handing over these guys six figures plus, which is the  minimum investment they accept. With that said, some Ponzi schemes are started by what I call READY-FIRE ———–AIM entrepreneurs that think they are building a real business. For the record, ANYTIME YOU SEE THE WORD “GUARANTEED” around a financial investment, 99% of the time the best thing you can do is ignore it. This could possibly be the 1% exception, I guess time will tell. I am going to keep and eye on the Income Store.  Like I told my wife they are either operating an elaborate Ponzi Scheme, are they are offering one of the best investments I have every seen.

The Securities and Exchange Commission today announced that it filed an emergency enforcement action and obtained a temporary restraining order and asset freeze against Illinois resident Kenneth D. Courtright, III and his company, Todays Growth Consultant Inc., in connection with an alleged Ponzi-like scheme that raised at least $75 million from more than 500 investors throughout the United States and abroad.

According to the SEC’s complaint, from at least 2017 through at least October 2019, TGC, which also operated under the name “The Income Store,” and Courtright, the company’s founder and current chairman, promised investors an endless minimum guaranteed rate of return on revenues generated by websites. In exchange for an investor’s “upfront fee,” TGC claimed that it would either buy or build a website for the investor, and develop, market, and maintain the website. As alleged, TGC falsely promised that it would use investors’ funds exclusively for expenses related to the investor’s website. In reality, as alleged, the sales were conducted through unregistered securities offerings, and TGC used new investors’ funds to pay investor returns, in Ponzi-like fashion, and to pay Courtright’s personal expenses, including his mortgage and private school tuitions for his family.

“TGC and Courtright’s alleged fraud promised a guaranteed return when the company’s business model and financial condition could not possibly support it,” said Antonia Chion, Associate Director in the SEC’s Division of Enforcement.  “To avoid further harm to investors and preserve the misused assets that have not already been dissipated, we have sought and obtained emergency relief.”

The SEC’s complaint, filed in federal court in Chicago on Dec. 27, 2019, and unsealed on Jan. 14, 2020, charges Courtright and TGC with violations of the antifraud and registration provisions of the federal securities laws, and seeks certain emergency relief as well as permanent injunctions, return of ill-gotten gains with prejudgment interest, and civil penalties. On Dec. 30, 2019, the Court issued a temporary restraining order, ordered an asset freeze and other emergency relief, and appointed a receiver for TGC.

Investors can learn more about Ponzi scheme red flags by using the SEC’s Investor.gov website. Investors should be cautious any time there are promises of a guaranteed rate of return in perpetuity. 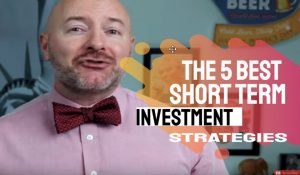 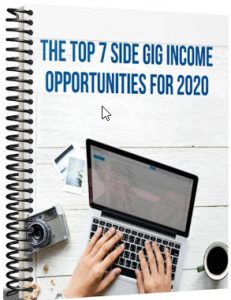