UPDATE 1/24/2020  It is hard to believe that the review below
was written 11 years ago, and today Donald Trump is President
of the United States.

However I think there is a lesson here.

“Leadership cannot be part of the Group”

You could also say

You can here a podcast session I did on this
concept here:

The review that was written way before
Donald Trump was president,  clearly shows
what I felt about him as a potential network
marketing company owner, and human being.

However, that has nothing to do with what type
of business persona, or President he may be.

Just because I may not like his tract record as
a human being is no reason I should ignore
the positive impact he has had on the economic
growth of the United States.

Only a fool argues with numbers (FACTS)

Throughout my business career I have been fascinated
by those that can’t get past their emotions and look at
the facts.

At one point I thought that was just a phenomenon that
happened within the network marketing profession.

As I have gotten older, I realize it is everywhere.

People make decisions basted upon their emotions and
a What’s in it for me? mentality.

We have been watching this go on since the day Trump
was elected.  People that don’t like him for whatever
reason, have been trying to run him out of office since
the day he was elected.

What does he do?

He just keeps on tweeting and leading, at it drives
emotionally  driven people crazy.

The talking heads, understand the masses are headline
readers, therefore they can be yanked around by their
emotions.

That is the same reason sales within the network marketing
business model have declined the last 3 years. What?

How can these two factors possibly be related?

When good people don’t bother to ask themselves.

Do I really need to blog everyday so I can be perceived
to be a network marketing professional?

When people don’t take the time to really work their way
through it using their own common sense and looking at the
amount of time they actually have to build a team they
end up wasting endless hours.

The profession is full of people that are trying to
teach people how to do, that which they have
never done!

But Ray Higdon told me that is what I needed to do!
I cannot tell you how many times I have heard this.

Well he is also the same person that told people on
a live, public webinar

“I am going to teach you how to become a well
paid network marekting consultant, even if you
have never sponsored your first person or acquired
your first customer!”

So what, you were the #1 Earner in a pyramid
scheme that called themselves a network marketing
company.

Isn’t the real question, how many people have you
personally sponsored and trained that became
full time earners?

I am not picking on Higdon or any one else, I
am just restating their own words, and asking
myself why anyone would ever listen to another
word out of their mouth?

But I ask myself this daily in business, in and out
of the network marketing niche, in politics, religions,
and on and on.

The network marketing and home business niche. like
most others is.

FULL OF PEOPLE THAT TELL YOU WHAT YOU WANT
TO HEAR, SO THEY CAN SELL YOU WHAT THEY
WANT TO SELL YOU!

I realize this is socially acceptable, but it doesn’t make
it right.

The most important question I have learned to ask
myself over the years is:

Who is this person, and why
should I be listening to them ????

I cannot tell you how many times I have asked people, did
you get out your calculator and take a strong look at the
compensation plan before you joined this company?

Have you checked on Amazon and eBay to see if people
are dumping their products there?

Do you know the REAL BACK STORY of the mentor
you have chosen?

This is not a political message.

I just felt it was a great time to attempt to communicate
in greater detail.  That leadership is a responsibility
that Donald Trump does not take lightly.

If you are not willing to look at each situation
objectively, and examine the Facts then the
network marketing business model may not be
for you.

I have been shocked over the years at the number of
honest, intelligent people that are involved in business
models that make no sense.

Now may be a good time to take another look at

THE 3 Step Blueprint for Choosing a Network Marketing
Opportunity

As I write these words, here is what I know for sure.

70% of the people that watch that video will attempt
to make their company fit into that blueprint.  They
will attempt to justify their emotional decision with
facts.

When the Facts don’t match up with their emotions
it is easier to blame the messenger than it is to
make changes.

We see this in mainstream media daily.

I know many of the people that read what I have
shared will probably never listen to another word
I say, and I am ok with that.  Really I am.

I will never be accused of telling you what you
want to hear so I can sell you what I want to
sell you.

I have been around long enough that every
week I hear.

I wish I had listened to you when I first heard
you 10 years ago, but the first time I heard
you, you really upset me.

I don’t have the energy or time to
Make MLM Great Again.

I have done all I can do over the years
understanding exactly what is going on.

We should have drained  the MLM Swamp
back in 2000 when I first released this
audio. 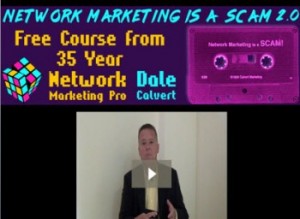 So I will get off my rant for now, but here is the article
that was written 11 years ago, if you are still interested.
🙂

Quite frankly I am shocked at the number of friends, business
associates and clients who have contacted me about this program.

It is the SAME STORY………. DIFFERENT CELEBRITY.

Over the years I have seen dozens of companies start with a
BIG NAME CELEBRITY behind them.  Refrigerator Perry, Tony
Little, Kevin Trudeau, Joe Montana, Bruce Jenner, Robert
Allen and dozens of sports stars……the list goes on and on.

Anybody remember the Zig Ziglar network?

As I understand it, Mr. Trump has bought a network
marketing company that was on it’s way out of business.
He is attaching his name to it and re-launching in October.
It is very predictable what will happen.  A tremendous number
of naive people will enter the program, only because of the
Trump name.

The company will have great growth in the first few months
then flatten out within 6 months to a year.  The odds of it
making it long term are very minimal because companies built
around a “celebrity name” very seldom attract experienced
network marketing leaders who understand that a name alone
will never maintain a companies growth.

All the names previously mentioned are out of network
marketing and for the most part so are all the companies
they were associated with.

I really would like to see the company grow and prosper,
but the odds are against it.  Without field leadership who
really understand how to create duplicatable systems for
the masses, all companies eventually flatten out and start
going backwards. I just can not imagine this company
attracting the right kind of field leaders.

With celeberty driven companies this happens even
quicker, because many people have the feeling that the
celebrity will make them successful.  They become discouraged
more quickly.

The only way to become successful in ANY network
marketing company is to develop the skill sets and
attitudes necessary for success.

Network marketing is not the lottery! You must learn
how to prospect for leads, enroll people and
develop leaders.

More thoughts on the Trump Network

A couple of months ago I shared some thoughts regarding
the Trump Network on this website:

Since that time, I have received emails almost daily
from people (most of whom have never been involved
in network marketing) telling me I don’t know what
I am talking about and then yelling “FACTS” such
as;

* The company has been around for 12 years before
Mr. Trump bought them

Here is the truth.

The ignorant masses are being taken advantage of.

They some how feel that “Donald Trump” is going to make
them successful. The reality is most have just kissed
$497.00 good bye.

If they are fortunate enought to join with a “leader”
that has a proven system for them to follow, they
will not make it through the training curve, because
the joined for the wrong reason to begin with.

You can never create success looking for someone or
something outside of you to “MAKE YOU SUCCESSFUL”
Success is an inside job!

Trump is a pitch man, that is what he does, and that”s
fine. 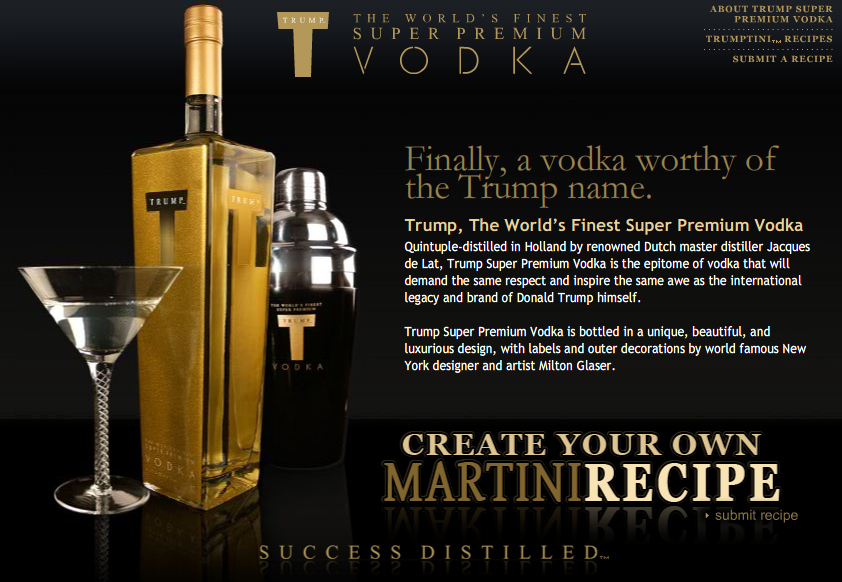 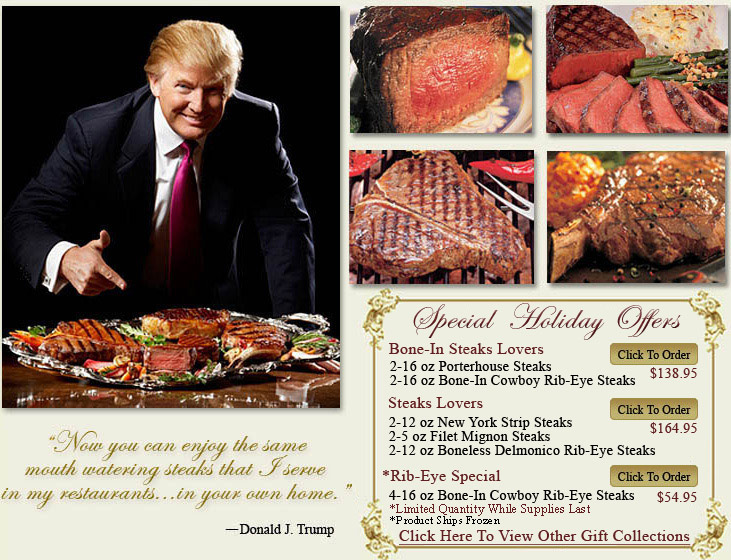 What about Donald’s Dominos Pizza skit? 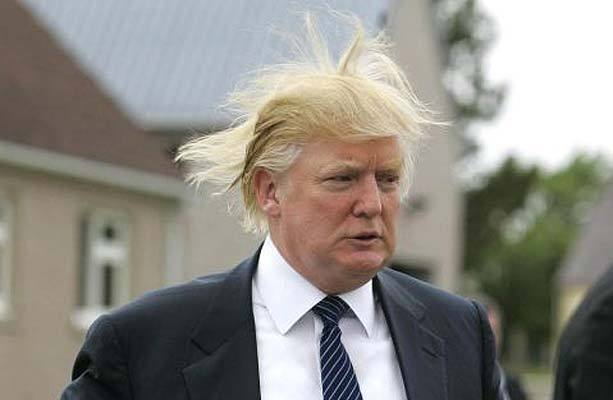 Now we are suppose to buy into the fact that he is
a network marketing and health & nutrition guru?

If you don’t agree with me, that is ok. I can still
respect you as a human being, but you don’t need
to email me.

In a couple of months, or couple of years, however long
it takes for reality to set in, the hype will be gone and the
Trump Network will probably be out of business.